A WOMAN ON A MISSION!

Abeer Abu Gaith, CEO and founder of MENA Alliances company, is a social high-tech entrepreneur based in Palestine. Abeer had an early vision and ability to find doors in places where others only saw walls.

In our interview she talks about challenges, changes and perspectives... 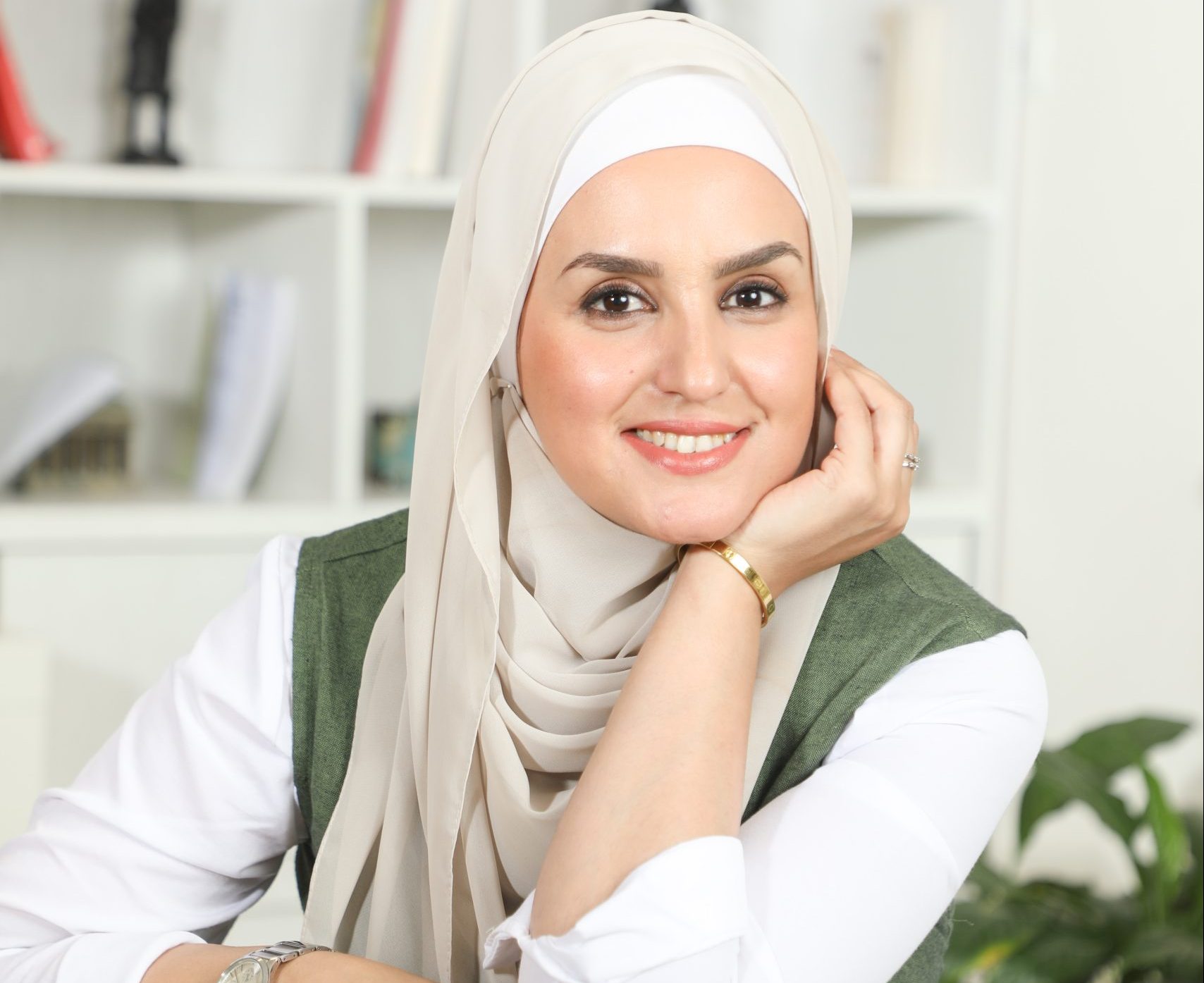 As a woman, I can help and change the world in my own way, even if society wants to confine us in the kitchen and the house. I have changed the world from the house.
Abeer AbuGaith

What needs to change urgently and how?

Abeer: "The ability to work online, to offer remote jobs, provides a flexible environment for the worker and even across time zones for the businesses they support especially for women. People in the MENA region, women and young people, are disconnected and isolated. By offering these remote opportunities, they are able to connect, to get to know people from other cultures, to understand how the world works. Understanding each other is a powerful thing. This online employment model brings the world to women and helps close the gender gap in both education and employment. Women may have many restrictions in their environment, but they can still reach out to the world.

More businesses should be encouraged to be engaged in impact hiring which focus on supporting innovative projects in developed countries while providing talented and  highly educated technical staff with opportunity in a region with notoriously high unemployment.

Women in the West and East should collaborate and support each other to make changes in their communities. Also, women need to start believing in themselves in the Middle East in particular and in any disadvantaged areas. If women start believing in themselves and their ability, qualifications, skills, and intelligence then this will be the starting point for them to prove to anyone that she CAN and she is able to make difference and can be a leader and even more. I believe that everyone with the drive, dedication, and skill has the opportunity to thrive. When everyone has the chance to reach their full potential, business is a better place, making a more profound impact."

Who is this extraodinary young woman and what does she exactly do?

Born in a refugee camp where she lived until she was 12, Abeer and her family ultimately moved to Hebron, a city in Palestine’s West Bank. She graduated in Computer System Engineering from Palestine Polytechnic University with honors, but afterwards, she found herself without many options to apply her talents. When she finally got a job and started teaching Computer Networking at the university, many male students refused to be educated by a female instructor. When she looked for other work, she came up against a lack of economic opportunity in the occupied West Bank. Abeer taught herself how to build her own business and support herself through remote work. As Abeer’s success grew, she expanded her approach to help others in the same situation. In 2013, Abeer founded her first company, StayLinked, which connected talented Palestinian freelancers with businesses around the world.

Through StayLinked, Abeer used Skype to teach tech skills to talented young people in Gaza. At a time when Gaza’s unemployment rate hovered near 43%, Abeer’s company provided jobs for more than 370 men and women, mostly from the Gaza Strip and the West Bank.

And that was just the beginning...

Abeer: “As a woman, I can help and change the world in my own way, even if society wants to confine us in the kitchen and the house. I have changed the world from the house. I do believe that when you connect people–especially young people and women–with jobs, trainings, and opportunities, you are opening the door to freedom for them."

You have been hailed as the first female high-tech entrepreneur in Palestine. In your eyes, what are the biggest challenges for women in this sector in your country and worldwide?

Abeer: "The MENA region has had the highest youth unemployment rate in the world for over 25 years. Especially for women, that make 24.6% of the labor market in the MENA region, the situation is grave. Despite their high education and knowledge, they have problems finding jobs. Women make 57 % of STEM graduates in the MENA region, which is above the rates in US and EU. And still, they face similar difficulties in entering the labour market as I did.  Conflicts and restriction of movements are key cause of the high rates of unemployment and poverty in Palestine, especially among women .If women want to work they must cross military checkpoints, to get to the nearest city where there is employment.  The checkpoints cause delays in reaching the workplace on time, or even at all. And our families are protective - afraid to let us travel alone. Our culture means women can’t live alone or be out late at night. And as I was growing up I was told “A woman’s future is in her husband’s kitchen". It is a common view in my society. As a result, many marry and stay at home to raise children, either by choice, or because of societal pressures."

If women start believing in themselves and their ability, qualifications, skills, and intelligence then this will be the starting point for them to prove to anyone that She CAN and she is able to make a difference
Abeer AbuGaith 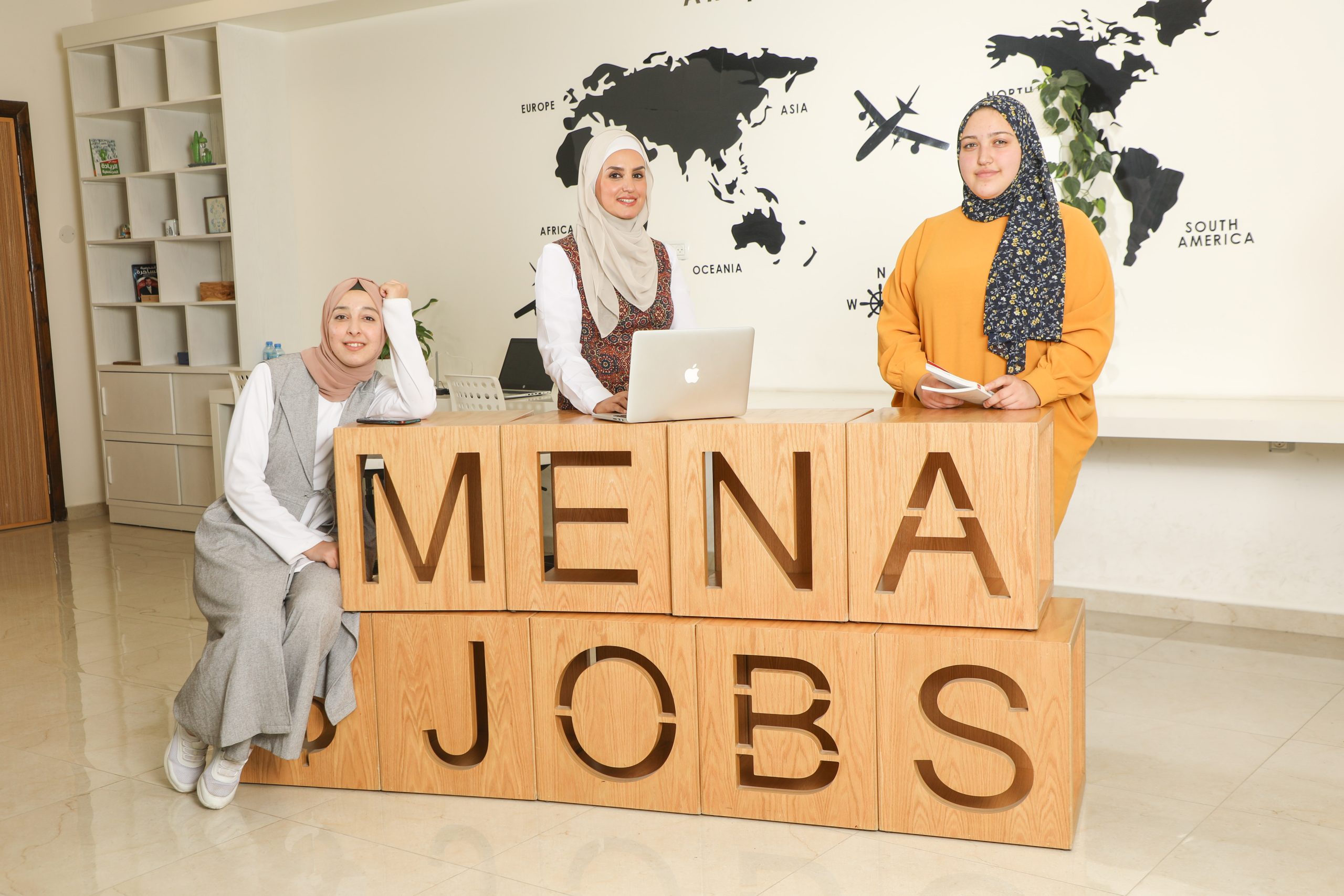 What is the offer of MENA Alliances and what is your big vision with it?

Abeer:" MENA Alliances is a woman-owned business dedicated to connecting global companies with highly-skilled, vetted talent from the MENA (the Middle East and North Africa) region. We source top-notch candidates for businesses by tapping into our rich network of the MENA region’s best tech professionals. Our vetted professionals like software engineers, programmers, designers, translators, and more are experienced and ready to go, and training is rarely required. More than 700 jobs offered have been implemented by more than 700 professionals, primarily women and youth. More than 3000 youth and graduates have been trained on skills and tools that enable them to work online and compete in the global market. We have reached Global markets such as the US, UK, Swaziland, Germany, Netherlands and the Gulf region. As a testament and recognition for our work accomplishments in training and providing work for disadvantaged communities, MENA Alliances was selected for the 2021 Meaningful Business 100, the award recognizing leaders combining profit and purpose to help achieve the UN Global Goals and received ‘Best Social Impact Company’ award from European program competition (NETKITE) in Italy in 2015.

Our mission is to help women and young professionals in the MENA region access the self-determination that comes with in-demand skills and career opportunities. Everyone deserves to reach their full potential, find their passion, and achieve success - no matter where in the world they live. We believe in a world where location is no longer a barrier for diligent, talented people to reach for the success they envision for their future." 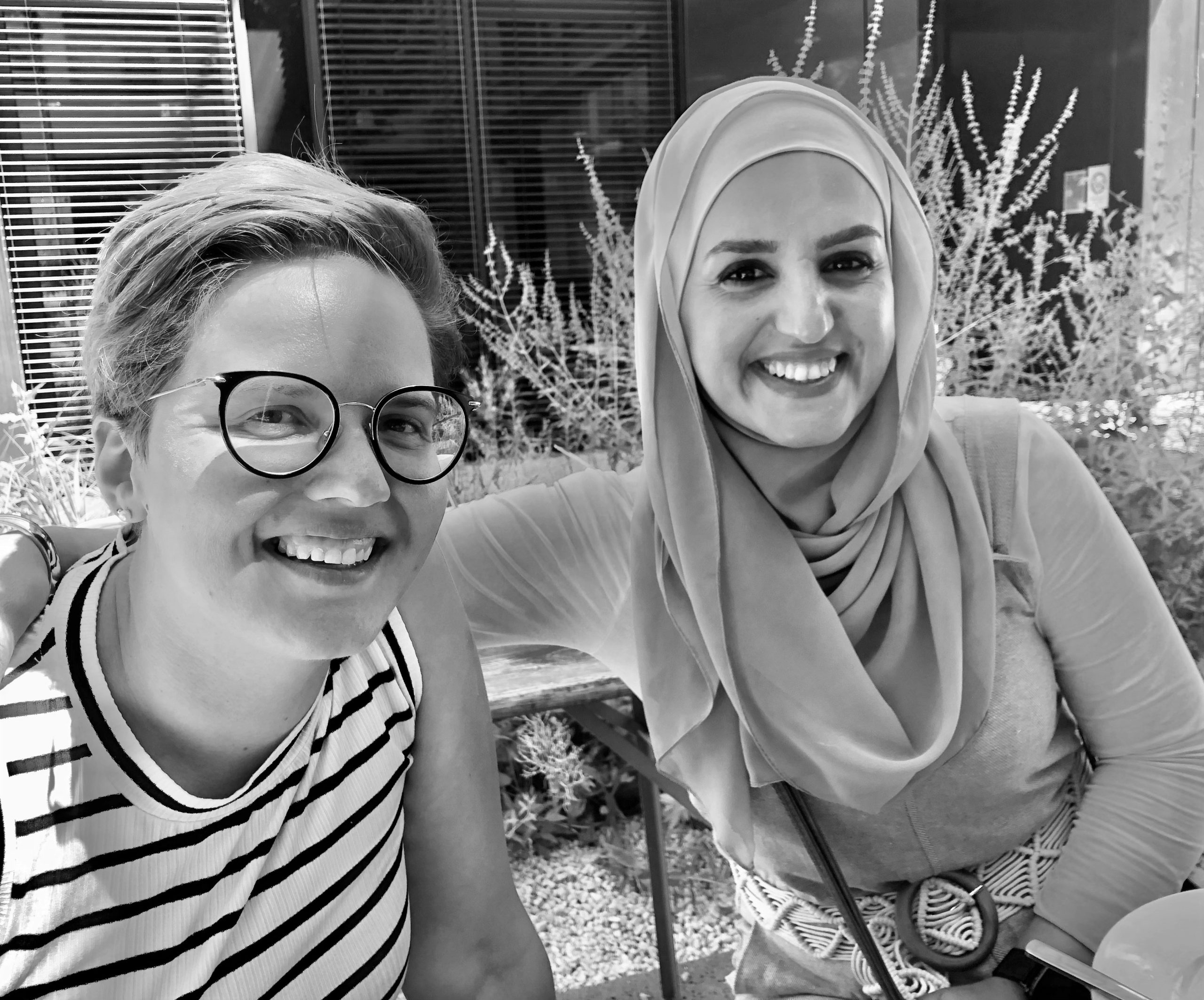 How did you get in touch with NEXT MANNHEIM and to what extent did you benefit from it?

Abeer: "The city of Hebron and the city of Mannheim are working together in the project “Hebron Mannheim Coworking lab (HEMA). As a Result, a more profound business relation between NEXT MANNHEIM and MENA Alliances has been developed during the project. During this program, I visited Mannheim in 2019 and I met the NEXT MANNHEIM team and I joined their international program. The team provided numerous opportunities to meet with the tech community and greatly enriched my experiences by providing many exciting opportunities to meet with individuals and organizations who are at the forefront of thinking about new working models, diversity, and sustainability. Also, they offered me the needed consultation to expand my business in Germany."

Why is Mannheim an attractive city for you – as a person and as a founder?

Abeer: "Mannheim is the top start-up city in Baden-Württemberg and Germany!  Any business owner can find innovative power, highly qualified specialists, and university graduates who can support their businesses. Also, they really value the efforts done by people, even the small ones. I like Mannheim as it is a lively entrepreneurial center with a wide range of cultures. The public squares and attractive parks as well as the nearby forest and the sunny Palatinate complete Mannheim's attractive profile as a focal point for a well-rounded life. People in Mannheim are very friendly and collaborative. I was moved by the local startup community’s refreshing approach to work-life balance. The innovators I met worked hard but made plenty of time to have fun, enjoy life, and nurture friendships. Everyone I met was so encouraging and welcoming of entrepreneurs. I so appreciated the welcome, warmth, and willingness to pause for life’s little moments. I’m always taking that inspiration with me when I return home."

Next Mannheim
NEXT MANNHEIM
From the 26th until the 30th of September seven international startups participated in the Up2B Market Discovery accelerator in Mannheim and Heidelberg. The startups had the opportunity to learn everything necessary for...

Next Mannheim
NEXT MANNHEIM
When looking at the fast-developing and growing world economy, one can say that internationalization is becoming one of the most important and profitable ways of expansion of business and increase of brand...