Last year Ethidex Inc., originally based in Canada, founded a subsidiary in Germany. As a leading software solution in the areas of Governance, Risk and Compliance, they were looking for the perfect entry into the German and European market - and found it in Mannheim.

Rifat Caglayan (Head of German Operations, ETHIDEX) tells us more about their decisions, challenges, goals and the NEXT MANNHEIM onboarding-program

What exactly is it that Ethidex does?

"Everything is about technology nowadays. So there is a new segment called RegTech, which is regulation and technology combined. (The main functions of regtech include regulatory monitoring, reporting, and compliance.) As a RegTech firm, Ethidex works with different law firms which technically simplify the regulations for us and bring them in a certain way that we can package and sell them to financial institutions and clients. It’s all about a simplified solution for a very complex business. It takes time to explain this because „compliance“ is very new in Germany. When we speak with the prospect clients, most of them think compliance is only a part of a big picture, whereas in North America, Canada Great Britain and many other countries it’s a huge new industry. That is why we want to be the player in Germany."

There are many markets and countries in the world where you could have settled. Why Germany?

"When I joined Ethidex three years ago, my priority was to make Ethidex international, because international banking is my background. Going international was always on Paul Paquettes (President&Founder) mind and he was waiting for the right time. So we shook hands, everything was fine and naturally, just because of the geography, we first took a look to the U.S. market. That was complicated for many reasons – different regulations, different levels and different states. So we decided not to spent any time, money and efforts on the U.S. market. Instead we were looking in other directions, such as Europe. Compliance is related to regulations and in a country like Germany there is certain developed regulation-culture which does not change within months. As everyone knows when you look at Europe there are two markets – it’s either London or Frankfurt, just because the European Central Bank is here. There are lots of financial institutions based in Frankfurt. So the decision for us was pretty much UK or Germany – and then Brexit came and made everything cloudy. We did not know what would happen after three years. A market entry without seeing the future clearly is like gambling." 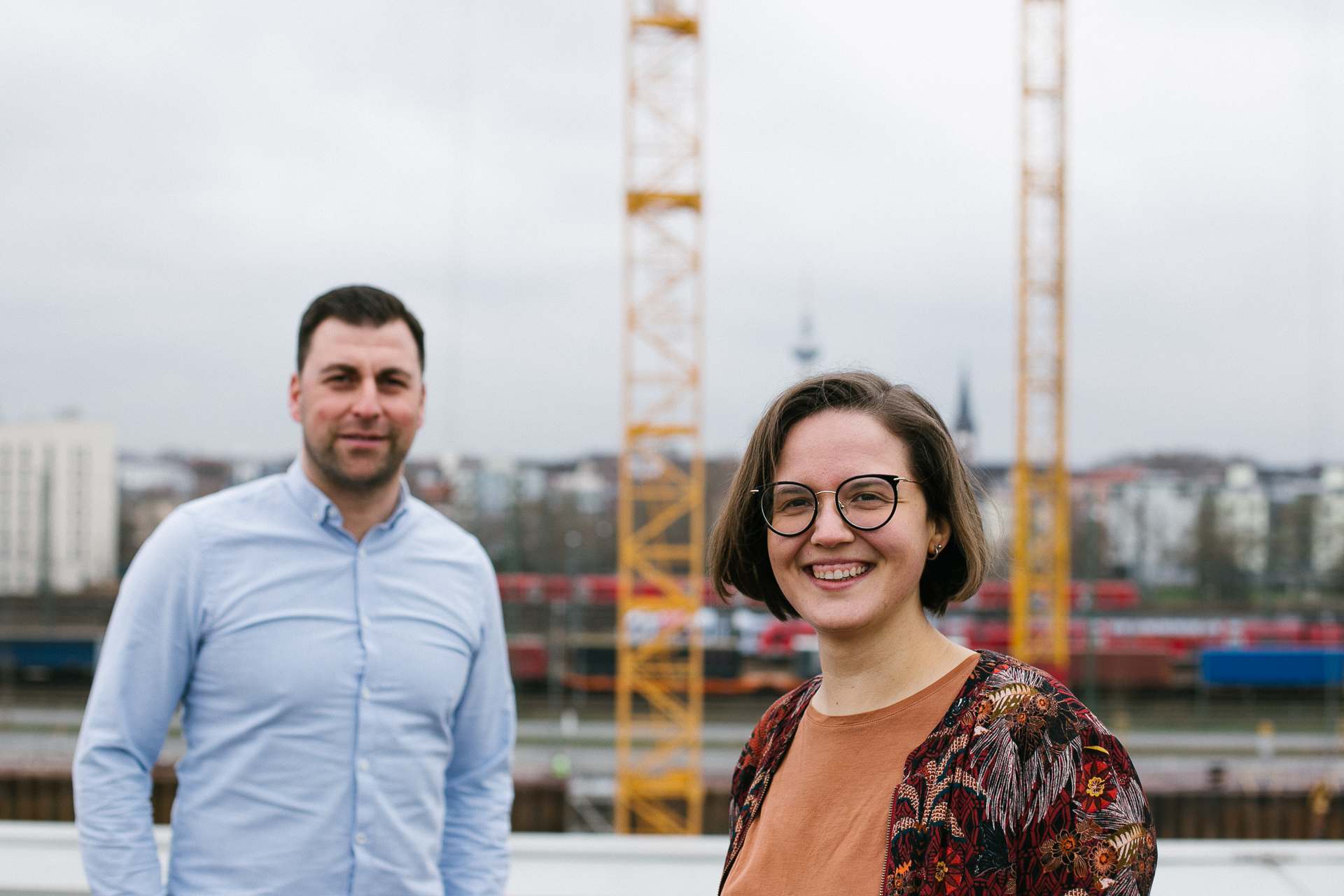 Get to know our ONBOARDING-Team, Anna and Burak – they’ll support you individually and create the perfect problem solution fit.

Why did you decide to come to Mannheim?

"The key actually is Paul. There is an annual exchange program for „once upon a time students“ who are now businessmen an business-owners, looking for international connections and new markets to go to. The universities of Ontario and Mannheim had this program and for a reason they just invited that group. They’ve been introduced to the city, platforms, people, buildings and networks of NEXT MANNHEIM. Eventually Paul gave me a call and said „I’ve found a place!“ For obvious reasons we were looking at Frankfurt or Berlin or Düsseldorf. He said „We are going to Mannheim!“ I said: „Mann-where??“ We realized that there is a real infrastructure here in the city with all those facilities available. He said: „Forget about all the other areas and locations, we will be in Mannheim! There’s a place called MAFINEX, that is where we will settle.“

What makes Germany and especially Mannheim the right place for you?

"The great thing about Germany is, you don’t have to be centralized. There are so many larger companies with head-offices in some small towns. You can go to a small city you never heard of, and all of a sudden, you see a giant cooperation or headquarter – like SAP in Walldorf or John Deere right across the street from MAFINEX. It is decentralized which is an advantage. When you go the U.K. for example, you’re either based in London, or you’re not in the U.K. If you go to France, you are either based in Paris, or you are not in France.
As a former banker, I’ve been in Germany a hundred times but never been to Mannheim. We used to travel to those cities where the international banks are. Mannheim is great – just half an hour to Frankfurt, people know it, people are talking about how lively the city is, especially in the summer-time. There are so many things happening here."

Was it clear from the beginning that you would take the whole family with you?

„Yes! We have a daughter and a son. But our son is twenty-one and stayed in Canada at university. It’s really hard for him, especially because he loves Schnitzel. It’s quite funny – international students are everywhere all over the world and Canada is one of those destinations that international students are trying to go. Now he is living at home while studying and we are living abroad. Generally it’s the other way round."

Did you have to convince your teenage-daughter to leave everything behind?

„Yes, we had to. If you force someone to do something, it does not work out. So we tried to really make her like the idea of moving to Europe actually. North America is different, it’s like a real bubble there, many people don’t really know what the real world looks like. So coming to Europe is an eye-opening experience for her, which is great. I think she learned more French in Germany within a few months than she has ever learned in Canada. She already speaks English and Turkish, now she learns French and German. When she grows up, she will be like speaking four languages and will be able to swap from one to the other immediately within the same sentence. That is a huge advantage for her." 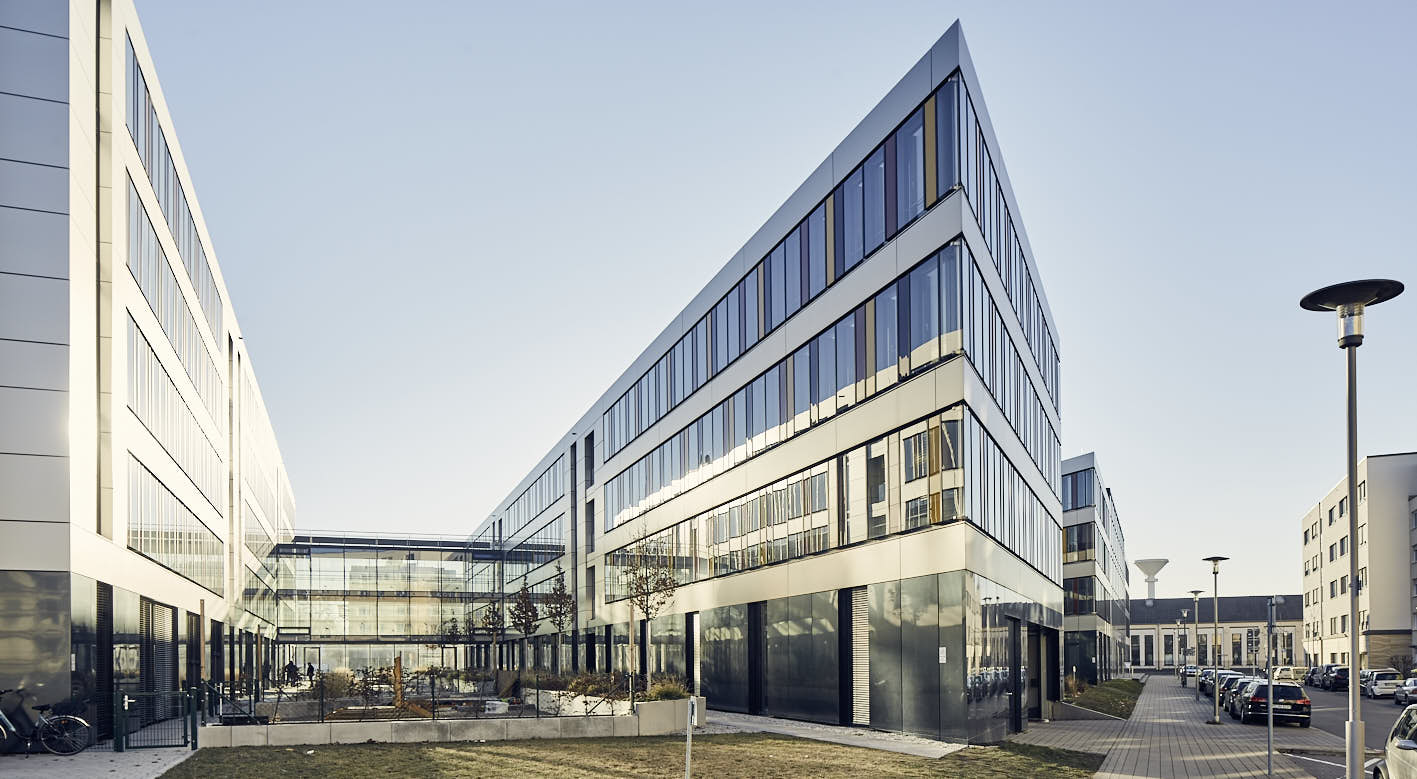 The MAFINEX Technology Centre is the perfect launch platform for tech-oriented startups. More than 170 companies that are developing innovative, future-oriented products or services have already successfully entered the market here.
There are obvious things that every foreigner experiences – like finding a house, paperworks and things like that. Anna and Burak from NEXT MANNHEIM were super-helpful and super-supportive in everything
Rifat Caglayan (Head of German Operations, ETHIDEX)

"I came here november last year for almost one month. There are obvious things that every foreigner experiences – like finding a house, paperworks and things like that. Anna and Burak from NEXT MANNHEIM were super-helpful and super-supportive in everything. Burak took me to see some houses and appartements we could rent, Anna took me to some schools our daughter could go to. They literally ran extra-miles to help us to settle easily and adapt. After we all came here I wrote Anna an email „Listen, it’s been like three, four months that we settled and I am still working on some paperwork. Her reply was marvellous. She said „This is a part of the welcome package so that you don’t feel alone!“ Anyway, we were so lucky to rent a nice flat, we finally found a bilingual school for our daughter and managed to bring our dog here as well."

What makes Germany a good place to live?

"Germany is different. I think there is a general misconception about Germany and the german People. Lazy people don’t understand that certain countries like rules and organisations. Efficiency doesn’t mean that you have a meeting in five minutes and you have a decision in the end. In Germany you organize or design something – it might take ten years, but at the end of the tenth year it’s a product that will live for another two hundred years. That is what I really like, because in a way, I work the same. The other thing is – you can go to a restaurant and just sit outside, which is great! It might not mean something to you, but if you are coming from Canada you can’t do that because it‘s so damn cold. I like being here! And I believe my family likes being here as well."

Would it have been much harder to organize all this without NEXT MANNHEIMs onboarding-team?

"It would have been almost impossible, or at least much more complicated, because I don’t speak German. Burak took me to the Bürgeramt and I just sat there and he gave me this paper, that paper and many documents and I just needed to sign them. I believe that the person I was dealing with at the Bürgeramt, she was speaking English as well, but she just didn’t want to. Burak made all those things much easier. And while we were looking for a school, Anna took me to different schools, had a chat and was a true icebreaker in any kind of discussion. That made a huge difference. Anna and Burak really wanted to help – it was not like, „okay it’s my duty, it’s written in my job description“ – they just did it to be helpful to us. That makes a huge difference."

What makes MAFINEX the perfect place for your business?

"MAFINEX does not only offer offices, it also offers a great infrastructure and a very clean environment. There are so many different young people and brilliant minds working here, which is an advantage. Not only for this place, but also for the city." 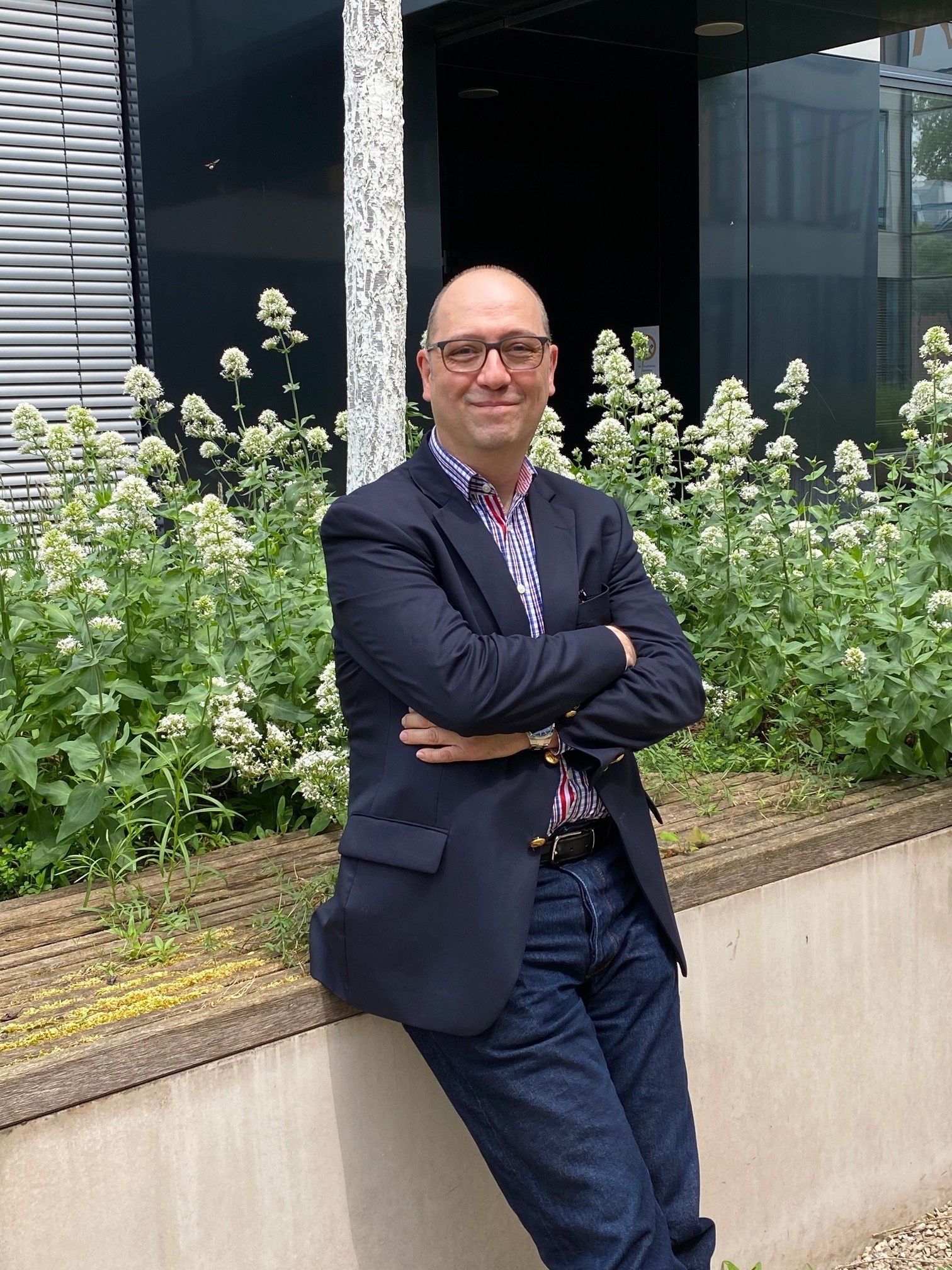 NEXT MANNHEIM
MAFINEX
Information overload – we all have experienced it in our professional and private life. Since the internet has connected the globe the world seems to be spinning faster and faster. A constant...